Georgia Dickie won our award in 2014. Her show Agouti Sky is a solo exhibition of new work that transforms Oakville Galleries at Centennial Square into a landscape of sorts, made up of the bric-a-brac refuse of a society built to consume and discard. Dickie plucks objects—a lampshade, a satellite, boxing gloves, metal stands, baseball caps, tills, a pair of shoes, two carved wooden birds—out of this circuit, and sets them into new constellations. She rarely alters them, choosing instead to present them as they are, either singled out for individual attention or swept into a larger ecology of forms.

Laurie Kang won our award in 2015. Her work is rooted in an enduring concern with the body and the forces that shape it—political, affective and otherwise. Drawing on fields such as biology, feminist theory and science fiction, Kang stages installations that take up the body in and as a process, working with unstable, continuously sensitive materials that are functionally and metaphorically primordial and in flux. In Beolle, the artist’s first solo museum exhibition, she presents a series of seemingly deconstructed forms that turn away from the upright and toward the horizontal. Titled after the Korean word for “worm,” Beolle largely grazes the floor, existing in a state between form and decay. From swarms of fermentation vessels to scattered casts of vegetal matter and knots of larval forms, the exhibition sees Kang engage closely with the conditions and structures of becoming, both systemic and organic.

Posted Jun 6th, 2022 • 3 min read
We are reporting the achievements of many previous prize-winners. It is a tribute to our prize committees, past and present, that their careful choices [...] 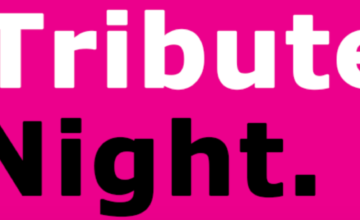 A celebration of our 2022 award winners!