Drive by 1747 St Clair West and view this new mural supported by Akin –  a TFVA Project Support recipient in 2017. Akin is excited to unveil the new street art by artist Luvsumone.

Luvsumone Artist Statement: This work is inspired by the potential of the St. Clair Gardens neighbourhood and it’s residence. Each of the portraits are of children who pass our building every day. The mythical animals and location represent the infinite possibilities of an unknown future and a time of great change. Change that with guidance could mean exciting and unimaginable things for this neighbourhood and it’s residence. A special thank you to StreetARToronto for their support and making this, and many more projects across Toronto possible. Akin Projects is a nonprofit arts programming organization that offers affordable space, creative and professional development opportunities and events to members of Toronto’s artistic and cultural community and the public at large 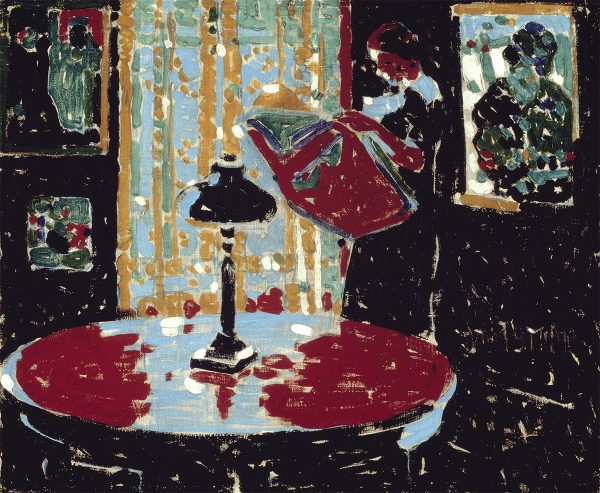 Curators Ian Dejardin and Sarah Milroy document Milne’s artistic career that spanned the first half of the 20th century, bringing together more than 100 works in oil and watercolour, never-before-exhibited photographs and drawings by the artist, and memorabilia collected by Milne during his time in Europe as an official war artist.

This exhibition arranged chronologically and topographically will follow Milne’s artistic development as he moved from the bustling sidewalks of New York to the war-torn landscapes of northern France and back again to the woods, fields and skies of the northeastern US and Canada. Look for the change in Milne’s approach as he moved from the Post-Impressionist style of his New York years, with its vivid colours and dynamic brushstrokes, to the more distilled visual language of his later work.

This exhibit is organized by the Dulwich Picture Gallery and the McMichael Canadian Art Collection in collaboration with Vancouver Art Gallery, with the exceptional support of the National Gallery of Canada.

Steven obtained both his undergraduate and doctoral degrees from Oxford University, specializing in eighteenth-century architectural culture. His research and writing has extensively focused on cultural history and includes 12 books to date.

“I am thrilled to be given the opportunity to guide the Bata Shoe Museum into the 2020s,” said Steven. “The museum has an outstanding collection and great opportunities with its location in the city of Toronto, one of the world’s great multicultural cities. I…look forward to forging alliances with cultural and academic partners , and with communities , stakeholders  and businesses across the city, the province and nationally,” he added.

Note From the President

Posted Dec 27th, 2022 • 3 min read
NOTE FROM the PRESIDENT In the flurry of the holidays, you may not have had time to read our December ‘Prize Winners in the [...]

Our Prize Winners in the News – December 2022 Edition

Posted Dec 19th, 2022 • 3 min read
The end of the year is upon us and our artists continue to amaze us with their practice! Read about them below. We note [...]

Our Prize Winners in the News – November 2022 Edition

Posted Dec 19th, 2022 • 2 min read
Here, again, we have a lengthy list of our award winners who are impressing art lovers world-wide. Scroll down and be amazed! To celebrate our 25th year, as [...]